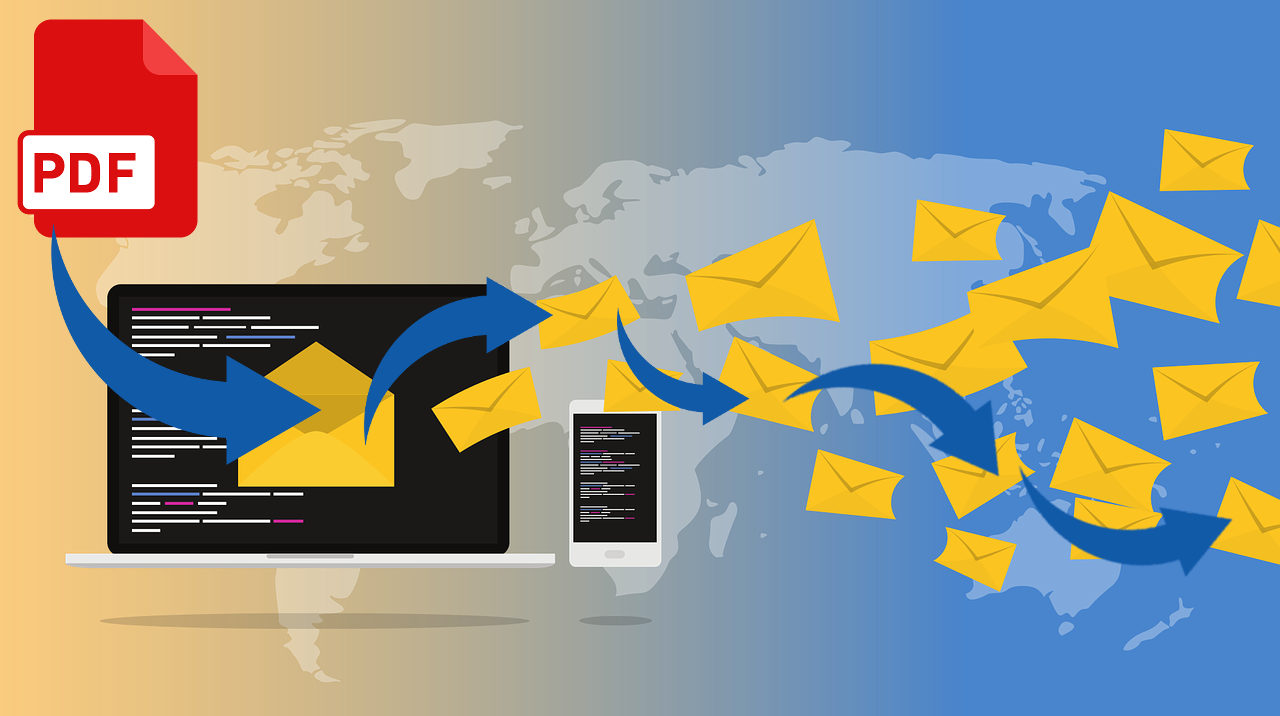 Sending files and documents via email is an everyday activity for most people today. When these correspondences are casual, you don’t need to put too much thought into the type of files you’re attaching and emailing to your recipients. However, if the email is professional or academic in nature, you need to think a bit more about how to best present the information you’re sending.

For example, if you’re sending a resume or CV to a potential employer, proposals to clients, or samples of your work for acceptance into an academic program, then there should be a higher level of professionalism associated with your attachments. The first thing to consider when sending business, school or career-related documents is the file format.

In this post, we’ll guide you through the basics of why you should email files as PDF and we’ll even cover a list of some of the most common methods for emailing PDF documents.

PDF to Excel conversion is probably the most problematic conversion of them all. Why? Because PDFs don’t contain formatting or rows & columns unless they’re tagged. Furthermore, chances that you’re dealing with a tagged PDF are really slim, to say the least.

Bottom line, you need to accept the fact that you won’t get an accurate PDF to Excel conversion, right? Wrong! We’ll show you how to save yourself from having to clean up hundreds of misaligned and poorly formatted rows and columns as a result of the poor conversion.

FOSS (Free and Open Source Software) is software whose source code is openly shared with anyone. In plain words, this means that anyone can freely access, distribute and modify such software. Contrary to it, proprietary software is copyrighted and the source code is not available.

Both the open source and the commercial movement have strong advocates in their ranks. One argument is that the open-source method of developing software is far superior to commercial methods. Others disagree and point out the importance of performance assurance delivered by a successful commercial company.

One thing is for sure, FOSS has come a long way since the 80s. Back then running your business on open-source software was unimaginable. Now, FOSS has made its way into the computers of many enterprises such as Amazon, IBM, and Google, just to name a few.

The times of open source software being met with skepticism by entrepreneurs and business professionals are long behind us. FOSS has become mainstream. Why? It’s simple, open-source software offers many compelling benefits to the business sector.

But, just like with anything else in life, there are two sides to the coin. Using open source in the business place has some drawbacks that need to be considered too.

Most people roll their eyes when they need to edit a PDF. Why? Because PDF editing is difficult.  After all, the idea behind the PDF is that it’s meant to be read-only and not edited.

Have you ever tried adding new pages to your PDF file? Not an easy task without a dedicated PDF tool, right? Sure, you can convert your PDF file to Word online, add the pages in MS Word, then enter text and convert back to PDF, but that is a hassle that takes too much time and kills your productivity. Especially if you have to do it on regular basis.

A much better alternative for inserting blank pages to PDF files is to use Able2Extract Professional. This way, you can fully customize the appearance of your document and save valuable time in the process.

Continue reading →How To Insert Blank Pages Into Your PDF

A project can be defined as a temporary endeavor undertaken by a specific group of people in order to reach a unique goal or objective.

Likewise, Project management is the process of initiating, planning, organizing, executing, controlling and closing of a project after meeting a specific goal.

The person in charge of leading a project through its lifecycle is called a project manager. Managing a team compiled of people from different units within the organization while ensuring that the goals are achieved within a given time frame & budget is no walk in the park, to say the least.

Scroll back to top